Young anarchists and Antifa make their point about the “system”

The massive Trades Union Congress (TUC) demonstration in London on 18th October, which attracted around 100,000 trade unionists and community campaigners from right across the country, was the opening salvo in the campaign by the TUC for the abolition of zero hours contracts and the campaign for employers to implement a Living Wage.

The statistics that back up what we have been saying since the financial crisis make sobering reading. Well over a million UK employees – and rising – now face the prospect of uncertain working hours, and as a result uncertain pay – and among those, it is students and the young who have been disproportionately affected. In the public sector alone, workers have seen a net reduction in their disposable income of a staggering 20% since the Coalition Government took power in 2010. Zero hours contracts – touted by unscrupulous employers as a “flexible” means of employment (meaning flexibility for them and misery for everyone else) have been a driving force in the cost of living crisis which is blighting communities up and down the country. 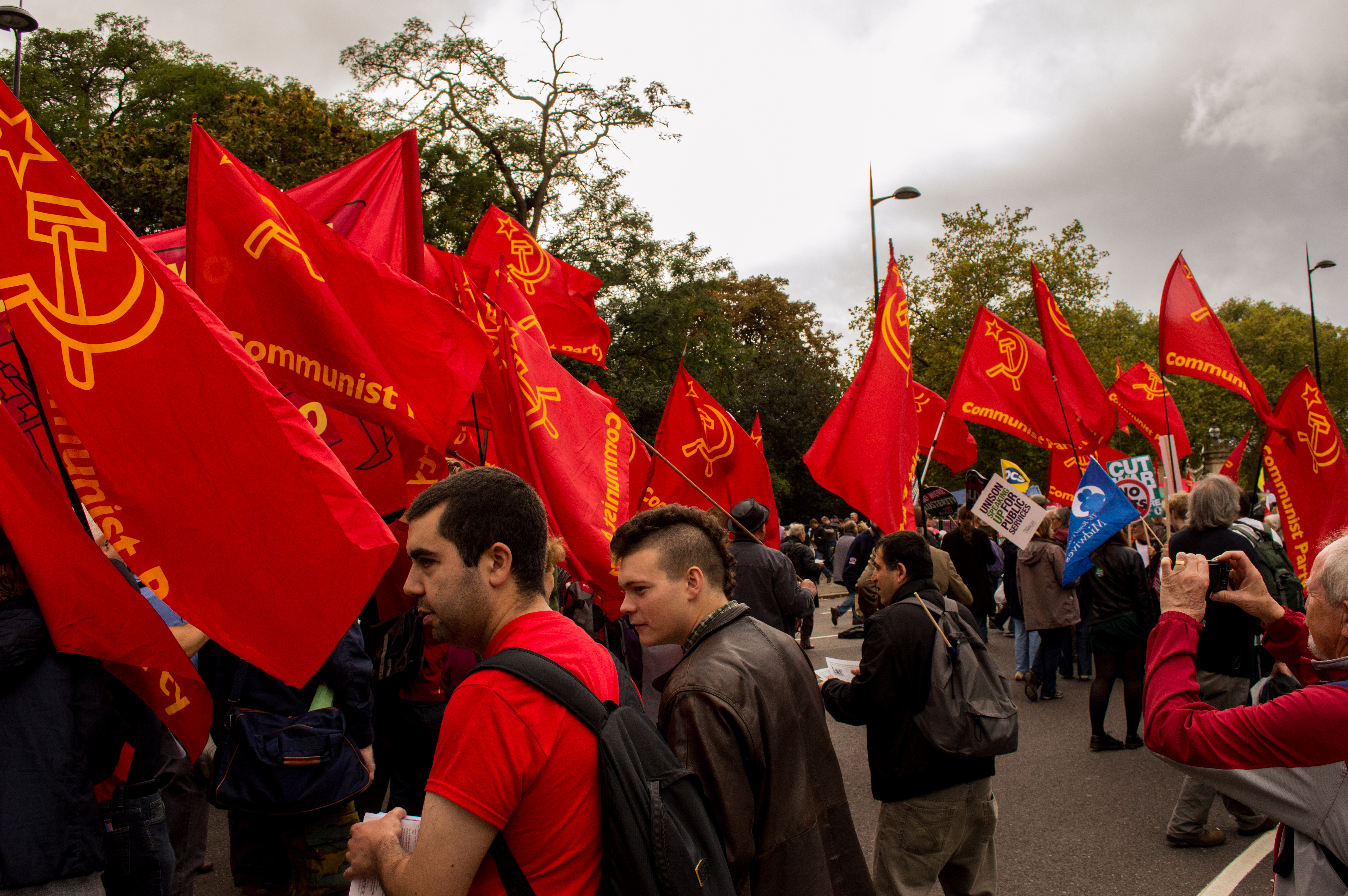 Trade union speakers in London repeatedly called for the introduction of the Living Wage right across the board, with some leaders calling for £10.00 per hour being a more realistic figure for living in a country which is among the most expensive to live in and yet has one of the worst gaps in wealth between rich and poor in the Western world. The TUC slogan for the march: “Britain Needs a Pay-Rise” indicated the correct analysis that the wage collapse since 2010 is not the way to go about stimulating economic growth. To stimulate growth disposable income must be put into the hands of those who actually spend it – namely the working people who are being hammered by poverty pay and zero hour contracts.

Prior to our trip to the London march, York & District TUC had already decided to start a “York Needs A Pay-Rise” campaign in collaboration with our many supporters and affiliated campaign groups. A rolling campaign of conducting a pay review of the city centre, allied with the opportunity of employees to tell their story about living on less than the Living Wage and on zero hour contracts, will being the issue to attention of the public that it deserves. Naming and shaming the worst employers is not something the TUC will shy away from – this is the 21st century, and there is no place in the opinion of our unions and their members for conditions and contracts that belong back in the 19th century. For all the talk about “flexibility” there are a dozen other tales of misery and insecurity at the hands of employers who cannot even guarantee work or decent pay. The anger of people is palpable – and who can blame them, when they cannot guarantee that they are going to be able to make ends meet at the end of every month.

The “York Needs A Pay-Rise” campaign is being backed by the Regional TUC, whose Campaign Officer Neil Foster, Regional Secretary Bill Adams and Council leader James Alexander all attended a meeting in York in recent days to pledge their support for York TUC’s work in bringing this issue, along with students, charity and community groups, to the wider attention of the public – a public who is overwhelmingly opposed to the draconian “work” legislation that this Government is inflicting on hard-working people.

(c) all photography by Leigh Wilks. Not to be reproduced without permission.

York TUC support the regional ‘Reclaim your NHS’ demonstration to be held in York on Saturday 6th April, 12 noon...

How inappropriate that the week before Workers Memorial Day (28th April) the House of Lords should see fit to make changes...